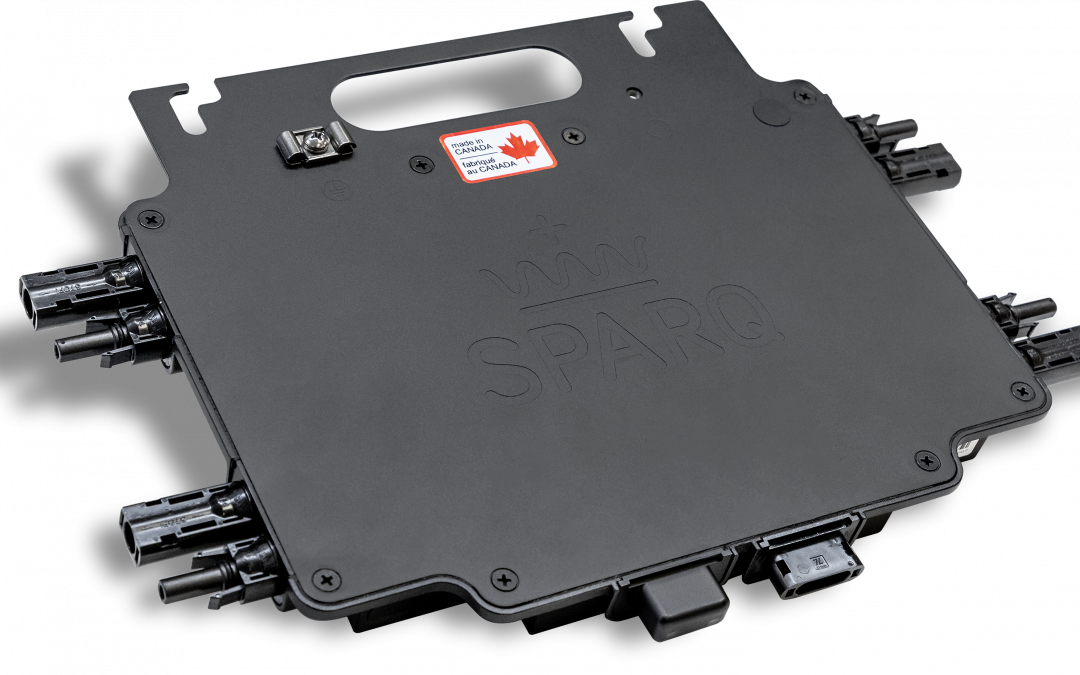 Praveen Jain, the Company’s Chief Executive Officer, commented, “This is a major milestone for the Company to launch a more powerful and multi-mode microinverter, which addresses the need for a residential PV system to operate in both grid-tied and off-grid modes. This will provide a better utilization of the PV installation and give increased return on investment to the home owner.”

Further to its press release dated March 24, 2022, the Company also announces that on June 16, 2022, SPARQ entered into a manufacturing agreement (the “Manufacturing Agreement”) with Ti Lane Precision Electronic Company Limited (“Ti-Lane”), whereby Ti-Lane has agreed to manufacture and supply to SPARQ QUAD microinverters of various ratings at Ti-Lane’s facility based in GuangDong Province, China. The Manufacturing Agreement has an initial term of three years and will automatically renew for additional one year terms after expiration of the initial term unless terminated earlier by either SPARQ or Ti-Lane. The construction of Ti-Lane’s manufacturing facility is expected to be completed in August 2022 and the volume production is expected to commence in Q4 2022.

The Manufacturing Agreement constitutes a “related party transaction”, as such term is defined in Multilateral Instrument 61-101 – Protection of Minority Security Holders in Special Transactions (“MI 61- 101“) as Robbie Luo is an officer and shareholder of Ti-Lane and a director of the Company. The Company is relying on exemptions from the formal valuation and minority shareholder approval requirements provided under MI 61-101.

Certain statements contained in this press release constitute “forward-looking statements”. All statements other than statements of historical fact contained in this press release, including, without limitation, those regarding the expected completion of Ti-Lane’s manufacturing facility, the quantity of units to be manufactured for SPARQ on a monthly basis, and technical, financial and business prospects of the Company, future financial position and results of operations, strategy, proposed acquisitions, plans, objectives, goals and targets, and any statements preceded by, followed by or that include the words “believe”, “expect”, “aim”, “intend”, “plan”, “continue”, “will”, “may”, “would”, “anticipate”, “estimate”, “forecast”, “predict”, “project”, “seek”, “should” or similar expressions or the negative thereof, are forward-looking statements. These statements are not historical facts but instead represent only the Company’s expectations, estimates and projections regarding future events. These statements are not guarantees of future performance and involve assumptions, risks and uncertainties that are difficult to predict. Therefore, actual results may differ materially from what is expressed, implied or forecasted in such forward-looking statements.

Additional factors that could cause actual results, performance or achievements to differ materially include, but are not limited to the risk factors discussed in the Company’s filing statement dated December 23, 2021. Management provides forward-looking statements because it believes they provide useful information to investors when considering their investment objectives and cautions investors not to place undue reliance on forward-looking information. Consequently, all of the forward-looking statements made in this press release are qualified by these cautionary statements and other cautionary statements or factors contained herein, and there can be no assurance that the actual results or developments will be realized or, even if substantially realized, that they will have the expected consequences to, or effects on, the Company. These forward -looking statements are made as of the date of this press release and the Company assumes no obligation to update or revise them to reflect subsequent information, events or circumstances or otherwise, except as required by law.

Neither the TSXV nor its regulation services provider (as that term is defined in the policies of the TSXV) accepts responsibility for the adequacy or accuracy of this release.

Find out what solutions are right for you.
1-855-947-7277
info@sparqsys.com
We provide products globally.