Getting the Most out of MPPT

The main goal of Maximum Power Point Tracking (MPPT) is to take (“harvest”) the maximum possible energy generated by the continuously-variable voltage and current outputs from a solar panel.  This energy then must be converted into stable, synchronized AC current and voltage waveforms that the utility’s grid can accept.

There is more than one way to attempt MPP tracking, but many of the conventional approaches have meaningful limitations that lower the total energy harvest from a given PV module in a typical day.  Three examples of this are listed below:

Sparq’s Quad microinverter connects to four separate PV modules and provides independent MPP tracking functionality to each module.  As with other module-level power electronic (MLPE) solutions, this per-module MPP tracking approach accommodates the individual performance differences between panels that are the norm for most PV module arrays.

The Quad’s ability to very closely track a PV module’s maximum power point is due to its high-frequency digitally controlled resonant power architecture, which allows frequent sampling of a PV module’s output power.  Rapid sampling reduces the difference in measured power between temporally-adjacent samples. This lets the DC/DC converter’s input voltage set point be quickly adjusted to track the PV module voltage needed for peak power production.
Below is a drawing of the high-level architecture of Sparq’s microinverter platform.  The platform utilizes a two-stage power conversion approach, with the first stage concentrating on PV module energy harvest and buffering the rest of the power conversion process from a continuously-variable DC voltage and current supply. 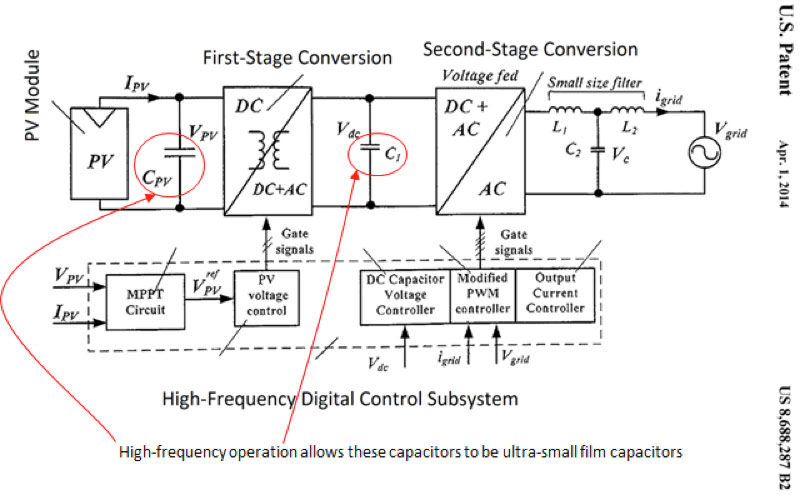 The remainder of this Technical Note will focus our attention on the first of the two conversion stages, and in particular the patented MPPT technique that Sparq’s microinverter platform uses to maximize PV module energy harvest.

Rapid input Voltage Set Point and high frequency switching operation of the converter provide nearly ripple free voltage at the PV panel.  A high system clocking rate permits the use of ultra-small capacitors, which can quickly charge and discharge to respond to comparatively smaller fluctuations of input voltage than what might be seen with traditional approaches. 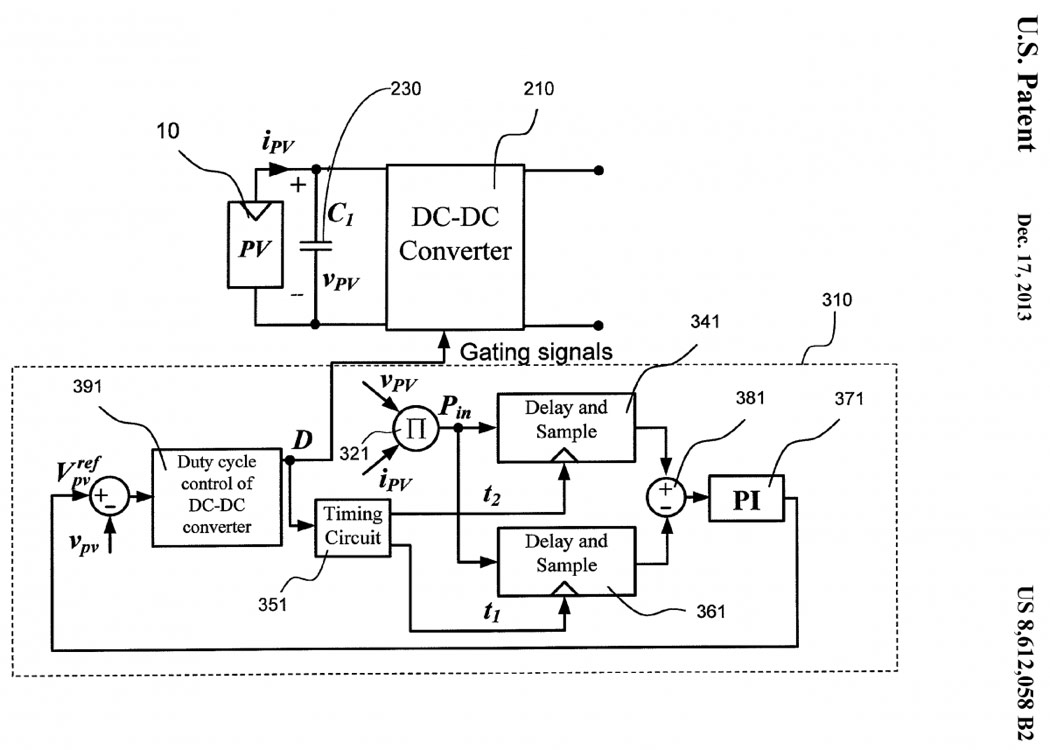 The Quad’s high-frequency digital control design (shown in more detail in the figure above) includes closed-loop feedback and Proportional-Integral (“PI”) Controllers, which combine to provide very close tracking of changing PV module power output as well as a high level of stability in the Quad’s power conversion circuitry across a very wide range of voltage and current inputs.  Additionally, the Quad performs sweeps of each connected PV module’s output voltages and corresponding currents to establish its individual maximum potential power production point.  This point is used as a reference to avoid potential sub-optimization at a lower power point.

These same high-frequency controls, coupled with sophisticated resonant power conversion, place smooth, synchronized sinusoidal current and voltage waveforms on the grid, free of the pulsing currents that can result from some more traditional approaches using ‘Burst Mode Operation’.  The rapid adjustability to changing input power ensures that more of the power generated by the PV modules is captured and placed onto the grid in a highly-stable and highly-consistent manner.

Because the MPP tracking methodology is integrated into four-ports of Quad microinverter directly connected to each PV module, the Sparq’s approach does not suffer from DC wire losses incurred by DC power optimizers that must be connected in series and typically need long wire runs back to a centrally-located inverter.